Fourth episode is out now! Hope you enjoy it.

Remember this is a BI monthly series.

END_OF_DOCUMENT_TOKEN_TO_BE_REPLACED

This video we dive deep into the lore of The Epigraph. In Heavenly Bodies people need to inscribe an Epigraph so that other’s might have a genetic connection to magic. You can check out the video for more info.

Last episode seems to have been over a month ago, will I take one whole month to produce video’s like this? Read More to find out.

END_OF_DOCUMENT_TOKEN_TO_BE_REPLACED

Maes did such an amazing job with the cover, but it’s no wonder since he worked for other licenses such as WoTc, D&D and even Star Wars. I felt Heavenly Bodies to be up there with them, what I mean is Heavenly Bodies, in my mind, deserves the full product features. Movies, merchandise, the lot. Even if that never happens, I know at least that’s what this cover say’s about the series, about those who worked on it, and most importantly about me. I die with no regret’s. So, because of that, the first novel needs a cover that screams. EPIC, FANTASY + 4 ELEMENTS. (because of the story’s nature). Heavenly Bodies is who I am, it’s me as an author putting my heart and soul into words. Heavenly Bodies releases 06.12.20. (I am lucky enough to know Maes personally, if I didn’t I don’t think this cover would ever had happened.)

You can find Maes on facebook, where he post’s art and processes.

Hi everyone, here once again taking a little bit of your time.

Letters to a Future Lover

If you’ve been following along with Heavenly Bodies, it has an official release date now. 6.12.20

HB will have a digital first release, then a paperback soon after, use #HB_prj (uppercase) when the book releases to give your opinions on the book. I’ll be reading them. 😉

There are still some things that I need to finish, like making sure the final copy doesn’t have spelling mistakes, but pretty much everything else is done. As the weeks trickle down, I’ll be revealing some illustrations that will go inside the book. All counting down towards a cover reveal. Which will happen sooner towards the release date. (because it’s still not done) edit: It’s DONE!

Soon after I’ll be starting on HB II.

This is the first book I’ll put out so I’m excited.

Non the less that’s the update, I hope you have a wonderful day, and stay safe everyone. 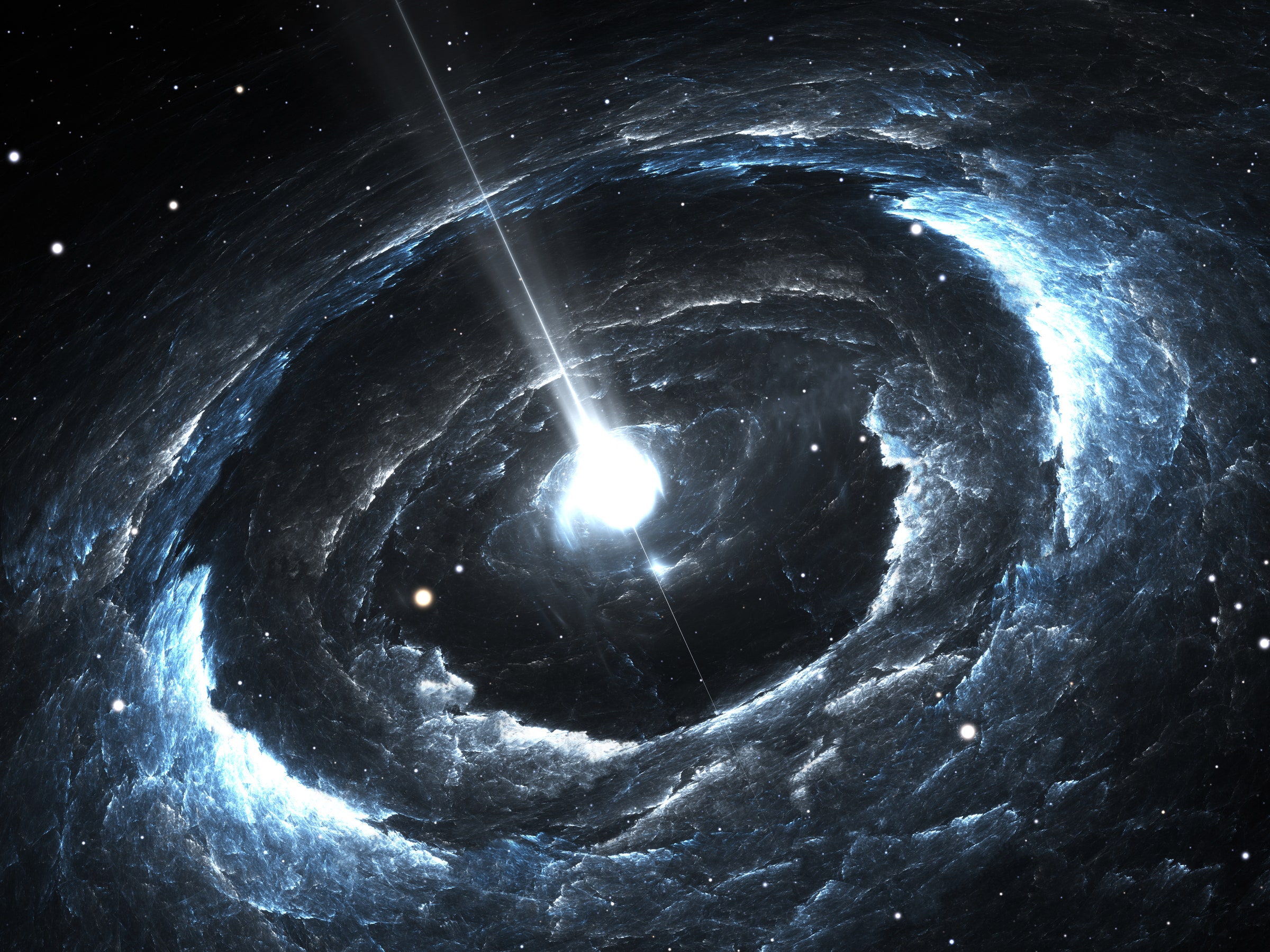 END_OF_DOCUMENT_TOKEN_TO_BE_REPLACED

As always here are some links you might enjoy.

Last | The Island of Quattor

Gliese has four islands around it’s terrain, the only island that has different biomes is Quattor, separated by what seems to be man made walls.

In the Northen Hemisphere of the planet – Quattor and Yiosoros, visited by their vistas and their year long tropical like island weather. Perfect for vacations! Quattor still has a desert biome and an ice biome, because the island is so big and the planet so small it’s common to go from a nice 24 °C to a freezing -12 °C. A harsh reality of Quattor.

Yiosoros is the most hawaiian island of the two, as moisture fills the air, mountains provide warm shadow’s and people tend to go there for a nice tropical escape. AirCaravan or BoatCaravan are available for public travel to this island. People who live in Yiosoros either call it home or think it’s paradise hell on earth.

In the Southern Hemisphere, Lumgrave holds it’s empty vessel for all of those that dare enter it, filled with a sea of trees that go deeper and deeper, until light enter’s no more and animals have to rely on bioluminescence for light, some animals tower taller than the Horned Humans.

I know this island might peak your interest, but I’m saving explanation’s, as I already planned to visit this island in book 2. 😉

Omamel is the calmest of the four island’s, people here live of the land and livestock, usually tending to themselves, an island where everyone know’s everyone. Grassy planes, and windmills flock the land, Omamel holds dear to it’s easy life of living, those that want to connect with nature and live a peaceful, slow, daily life tend to flock to Omamel.

Omamel people prefer not to use crystal technology like the rest of the islands. They do have a massive towering crystal in the middle of the island, one day it just kinda sprouted from the underground. It’s left unattended in the outlands.

Oh, I forgot to mention one more thing, a tiny island to the north west of Quattor, now overrun by monster’s and a home base for the Sorceress of the Wind. Plans were already in motion for a certain king to start his own legacy in what is now known as The Badlands, once part of the Yiosoros territory. Now belonging to a certain individual you’ll meet at the very beginning of Heavenly Bodies. 🙂

And well that’s all for this week, once again sorry for the late post, life has been crazy this past two months.

Hi it’s me FJ, you know the drill by know, this won’t take a lot of your time.

In the world of Heavenly Bodies, there are tree different types of magic’s.

Today we dive into the different proficiency’s

Usually when student’s reach their first quarter of a century, around 500 years of age, if they can afford it, their parent’s ask them to choose a proficiency of study, studies take around a hundred years to complete, and those that are good enough opt to continue to practice their field of study in the real world.

Proficiency’s have to be paid for, and usually an interview takes place before a school decides to accept a student. A committee reviews portfolios and decides based on background, diversity, and aptitude.

Elementai studies can also be part of a proficiency, thus there are those that wish to delve deep into the mysteries of light and dark crystals. But this are highly coveted spots, family, religion and accolades play a big part in a student’s acceptance. There are four ivy league schools in Gliese that teach elementai proficiency’s, they fall under the supervision of the pastoral of magic.

Heavenly Bodies releases somewhere in the middle of 2020, version 1.0.5 includes 8 proficiency’s, but more will be added in the future. Currently HB is at version 1.0.3, after re-writes it will move up to 1.0.4 and after several read through’s and corrections HB moves to it’s final version and is ready for release.

Now we dive into the proficiency’s.

Black magic deals with the death and resurrection, necromancy and such. Commonly seen as the left hand path of magic, death and rebirth are it’s main point’s of focus. Black magic is taken seriously by witch doctors and morticians. Black magic is commonly used to solve crimes as negative energy flows through it, and it can show past images of those that had serious ill intent.

Anything that has to do with health, for stamina and health or making bombs. Slimes are the basis for creating any type of potion. Not a single potion master is able to make a complete health potion as a potion cannot used to cure instead stamina potions are a plenty – that is to say cure does not exists in Heavenly Bodies

Commonly associated with holy acts, including put not limited to the human soul.

Just like it’s name say’s, by verbalizing notes one cast spells. A niche among the proficiency’s.

Those that wish to control other’s and be able to read minds through subtle cues in body language, this proficiency requires a certain type of fines.

Tame and speak to animals, your elementai dictates what type of animal you’re able to speak to.

This proficiency hones your green thumb. You’ll become an expert at growing plants, green proficiency favors the introverted, and some are even able to speak to the earth spirit directly. Green proficiency does not apply to earth elementai.

To be able to tell the future just by looking at tea leaves, to use the tarot and predict future event’s, this is the study of divination.

And well that’s it for today, I just quickly went over each and every single one today, but you’ll be able to read more and understand proficiency’s as you go through the story in Heavenly Bodies.

Thank you for reading, see you next weekend. 🙂